Additional Product Features Author s. Bryan Perrett was born in and educated at Liverpool College. During the Falklands and Gulf wars, he worked as defence correspondent for the Liverpool Echo. A highly successful author, Bryan is married and lives in Lancashire. Show more Show less. No ratings or reviews yet. Be the first to write a review. Best-selling in Non Fiction See all.

The Secret by Rhonda Byrne Hardback, Kiyosaki , Mass Market Paperback Save on Non Fiction Trending price is based on prices over last 90 days. You may also like. Illustrated Paperback Books.

Paperback Books in Russian. This richly illustrated book examines the development and design of the BMP, detailing its armaments, performance in combat and variants. Volume 13 - 1st printing.

More than you want to know about the Panzer III

Designed to be light enough to be carried and parachute-dropped if necessary, the CVR, with the designation 'tracked' added, entered service with the British Army in Since then the Scorpion and its variants - the Scimitar, Striker, Spartan, Samaritan, Sultan and Sampson - have seen action in many theatres. Backed by numerous photographs and colour plates, this book examines the development and design of the Scorpion, detailing its firepower, forms of protection, performance in combat and variants. Volume 14 - 1st printing. The Covenanter which never saw active service and Crusader Cruiser tanks were developed between and The Crusader first saw action in the North African desert in June its speed and sleek design made it a hard target to hit, and the tank was well-respected by the Afrikakorps for its velocity in combat.

But its hurried development prior to World War II also made it prone to mechanical failure. This book examines the Covenanter and the many variants of the Crusader tank, detailing the designs, developments and disappointments of these infamous World War II tanks. Volume 14 - 2nd and later printings. Volume 15 - 1st printing. The first attempt at mounting a flamethrower in a German tank was not the result of an engineering design process but rather occurred as a field expedient, when German troops involved in the Spanish Civil War mounted small back-pack flamethrowers on their PzKpfw Is.

The German authorities took up this idea and from early began to design a flamethrowing tank based on the Panzer II. This was the first in a long line of German tanks to be equipped with flamethrowers. This book examines their development, weapons and operational use, often using original German combat reports.

Volume 16 - 1st printing. Development of the Leopard 1 can be traced back to November , when the operational requirement for a new battle tank was formulated by the Federal German Armed Forces Bundeswehr. Originally a Franco-German project, the tank under design was named the 'Standard-Panzer'. The French later dropped out, however, and on 1 October the 'Standard' tank was officially named 'Leopard', an appropriate choice considering Germany's wartime pedigree with the formidable Tiger and Panther.

This book traces the development and service record of the Leopard 1, detailing its control systems, modifications and variants. Volume 17 - 1st printing. Although slow, they were extremely heavily armoured. This volume examines the transition from multi-turreted tanks to heavy single-turret vehicles, consisting of the KV-1 and 2, and the increased favour given to the heavy single-turret after the Germans began to develop ammunition capable of penetrating even the thickest armour, whilst detailing the design, development and operational history of the Soviet Union's monstrous KV series of tanks.

Volume 18 - 1st printing. With a maximum road speed of 66kmh it also has a degree of manoeuvrability dreamed of by other armoured vehicles. In this book Steven Zaloga examines the different variants of the Bradley in detail and looks at the changing tactical requirements of the US Army for an armoured personnel carrier. Volume 19 - 1st printing. Cheaper and quicker to produce than a tank, the assault gun proved a remarkably effective weapon. Its design and development, production, capabilities and operational history are all closely examined, as is its tactical employment and organisation into units.

Volume 20 - 1st printing. The T tank is one of those rare weapons that have remained in service for more than half a century.

First introduced in , it has seen combat in nearly every corner of the globe. Steven Zaloga and Jim Kinnear look at this long-serving tank at length. Although long obsolete in Europe, it has proven a reliable and potent weapon in many Third World conflicts, and is still in service with more than a dozen armies around the world. Volume 21 - 1st printing. The Merkava, or Chariot, was the first tank entirely designed and built by the Israeli Army. The IDF had previously been using a variety of vehicles, acquired from various sources, including in particular the Sherman and Centurion.

The Merkava was designed specifically for the type of warfare and opponents that Israel faced.

The resulting tank was heavily armoured and packed a powerful mm main gun backed up with a digital fire control system and laser range-finder. This title examines the development and deployment of the Merkava, investigating the changing technical aspects of the various marks, creating a useful and comprehensive study of Israel's most formidable tank.

Volume 22 - 1st printing. Designers and military experts combined to produce a number of variations to provide armoured support for the many branches of the German army. Whether acting as a command communications vehicle, involved in mobile air defence as a flakpanzer, a Panzer division recovery vehicle, or utilising the turret as a static defence system, the Panther in its many forms was the mainstay of Germany's plan to keep her enemies at bay on two fronts.

This book, the product of 25 years of research, examines the numerous Panther variants in detail.. Volume 23 - 1st printing. The successor to the Chieftain from the 's, work began in on development of a new MBT specifically for the Iranian army, who needed a more capable tank than the Chieftain to suit their climatic and geographical conditions. However, once the revolution occurred in the British army was reluctantly forced to accept this new design themselves.

Once in service there were technical problems resulting in various modifications. However, the Challenger would go on to great success in the Gulf War, playing crucial roles in both Desert Storm and Desert Sabre operations. In this book, Simon Dunstan examines this tank in detail, evaluating its performance both on the test range and in the field of battle. Volume 24 - 1st printing.

Volume 25 - 1st printing. Art by Jim Laurier. Following in the best traditions of German ingenuity in design and construction of armoured vehicles, the SdKfz firmly realised the concept of a competent cross-country tactical vehicle for armoured infantry units. 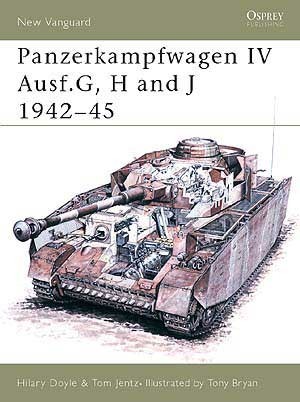 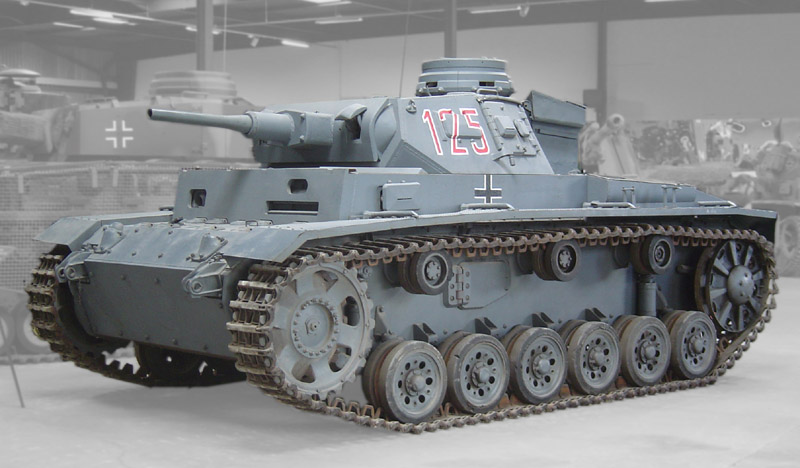 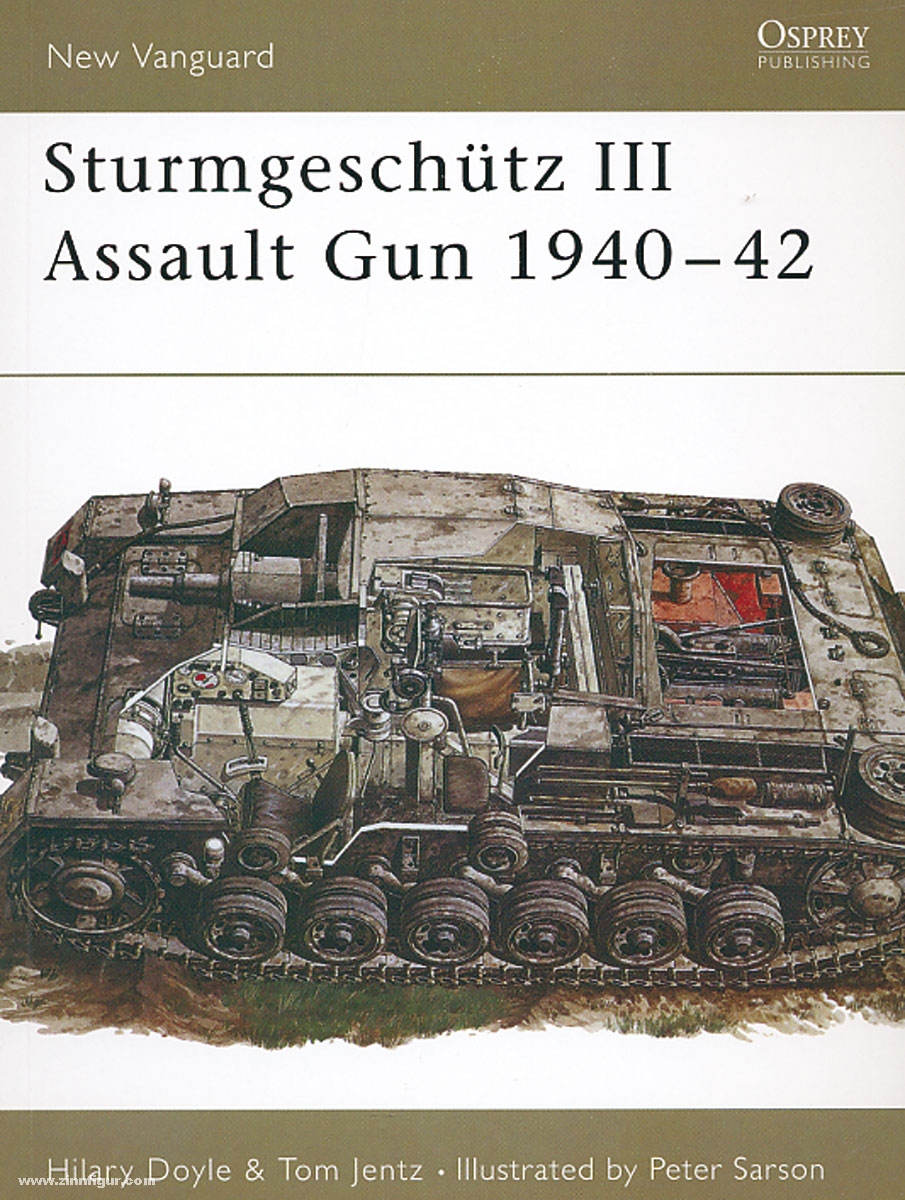